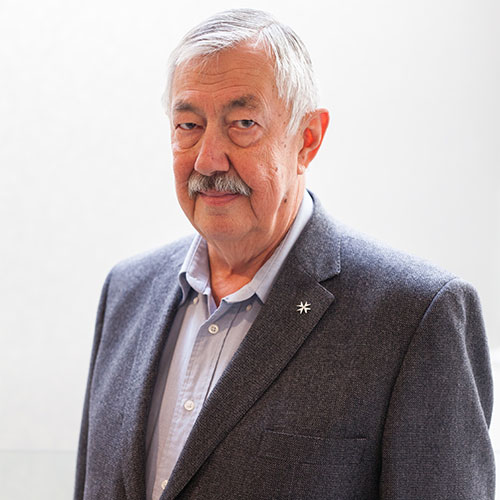 Along with George Wright, K.C., Lee Ahlstrom started the original Ahlstrom Wright in 1977. Lee was a major factor in the growth of the firm.

Ahlstrom Wright, obtained his Bachelor of Education and Bachelor of Laws from the University of Alberta. As a former military officer, private pilot, and businessman, Lee has over 40 years of experience in Boards and Agencies law, and complex business matters including mergers, acquisitions, and corporate reorganizations. Lee became a member of the Alberta Bar in 1974. He was appointed Queen’s Counsel in 1990, received the Canadian Forces Decoration, and in 2002 was appointed Knight in the Order of St. John of Jerusalem. In 2022, after the Queen’s passing, his Queen’s Counsel title was updated to King’s Counsel.

He is also Past President of St. John Ambulance (Alberta)

Lee has been legal counsel to St. John Ambulance (Canada), The Army Cadet League of Alberta and Job Safety Skills (Alberta). He is also Past President of St. John Ambulance (Alberta), Sherwood Park and District Chamber of Commerce, Duke of Edinburgh Awards (Alberta) and a Governor of NorQuest College.