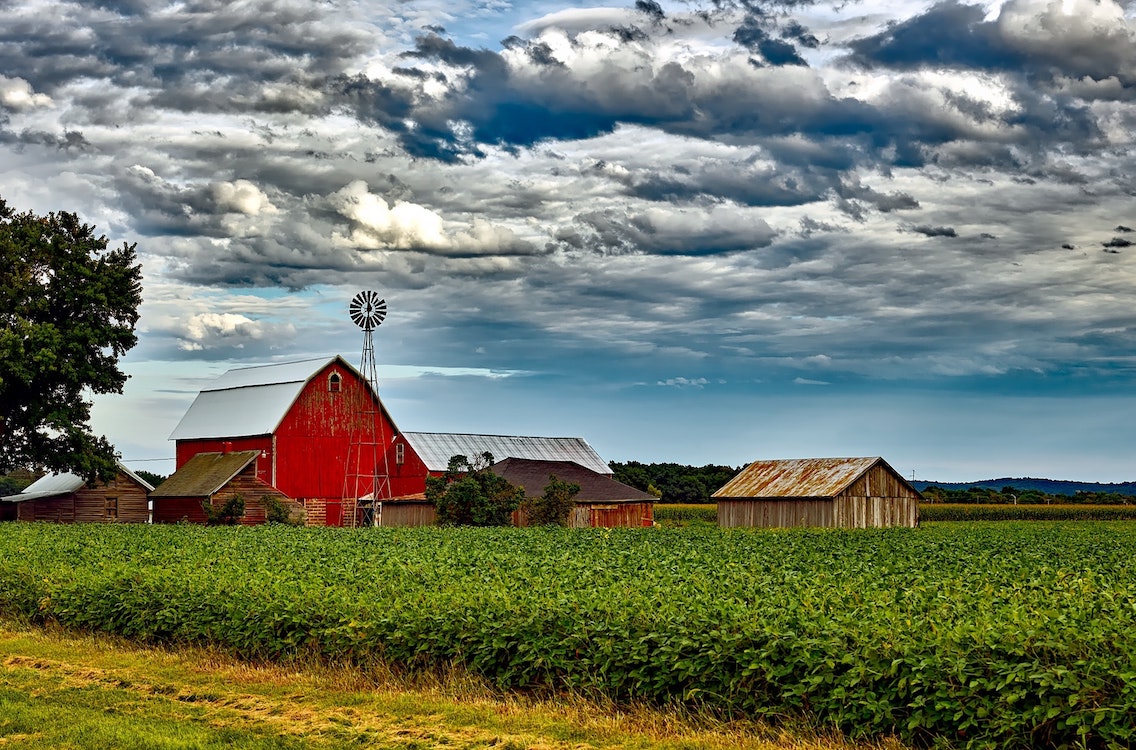 The eight children ate in silence.

Bill whispered to his brother Geoffrey. “I can’t wait to leave this farm.”

Once the children were grown, they all left to pursue careers in town. Except for Geoffrey.

“Come with us, Geoffrey,” Bill begged, “There’s a whole world out there. Pa will make you miserable. He doesn’t even appreciate your woodwork.”

“He needs me,” Geoffrey sighed.

A year later, Geoffrey called his brother in a panic. “It’s over, Bill. Pa threw me out!”

“I’ll pick you up in an hour,” Bill promised.

At Bill’s apartment in town, Geoffrey was like a lost puppy. “What do I do now? I’ve never lived in the city.”

Geoffrey found work as a handyman and got his own place in town.

After two years, he was ready for an even bigger step. “I got my acceptance to carpentry school in the mail! This is my future!”

Bill hugged him. “That’s great! Hey, what’s this?” A letter had fallen to the floor.

Geoffrey gasped. “It’s a letter from Pa. I didn’t notice it.”

Geoffrey read the letter. “I’m so sorry for treating you badly. My heart is weak and I’ll lose everything if you don’t return. I promise to leave the farm to you.”

Geoffrey smiled sadly. “I’ve even gotten used to the traffic. But I can’t refuse Pa. Besides, getting the farm will make it worthwhile.”

Pa was relieved to have Geoffrey back. “You’re a lifesaver,” Pa said tearfully.

Geoffrey worked hard for years running the farm while his ailing father continued to bark out orders and complaints.

History would soon repeat itself.

“You’re horrid! Get out and don’t come back,” Pa yelled one night.

Geoffrey got a terrible shock. “Pa wrote me out of the Will after all those years of sweat! I’m contesting the Will.”

Are you currently dealing with the loss of a family member?
Ahlstrom Wright’s lawyers have the advice and experience you need.

To discuss your situation, contact Ahlstrom Wright for a free consultation.

Pa’s estate argued hard. “Pa is free to leave his property to whomever he wishes. He left Geoffrey out of his Will because of all the fighting between them.”

Geoffrey fought back. “Pa promised the farm to me. That’s why I gave up the chance at a promising career in carpentry in order to run the farm. Without my help, the farm would’ve gone under.”

Should Geoffrey get the farm? You! Be The Judge. Then look below for the court’s decision.

“Geoffrey gets the farm,” cried Judge Elena. “He gave up a career and suffered financial loss because of his commitment to run the farm based on Pa’s promise.”