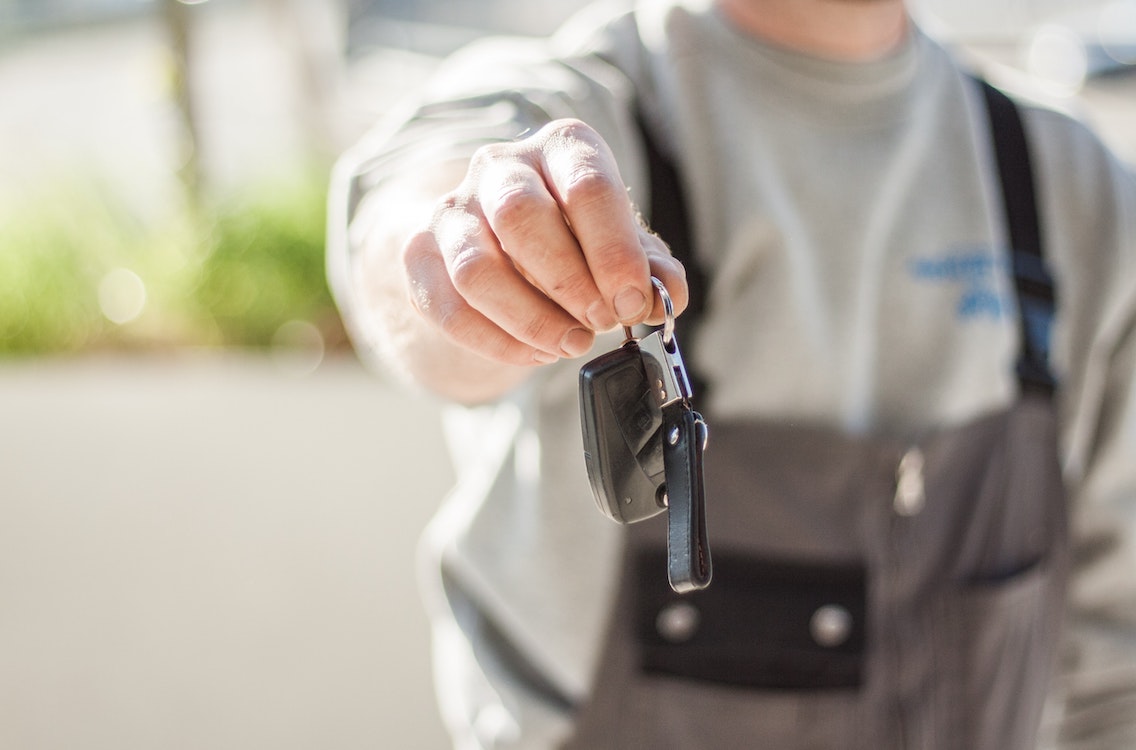 “Oh darn, I forgot something in the shop.”

David jumped out of his car while the engine was running, and ran into his tool shop.

As he was rummaging through a drawer, he looked up and nearly dropped dead. A man had jumped into his car and was starting to drive away.

David ran out of the shop screaming. “Stop that car, stop that car! That man is stealing my car!”

It all happened too quickly. The car drove out of sight.

David ran back into the shop like a madman. With trembling hands, he barely managed to call the police.

“Police? I want to report a theft. This crazy nut appeared out of nowhere and drove off with my car. You’ve got to catch him.”

The police took down all the details. “We’ll call you as soon as we have any news.”

The next morning, David was reading the paper while eating breakfast with his wife. Suddenly, David gasped.

“Ellie, listen to this, it’s about our crook. Good Lord Ellie! He committed a hit and run – with our car! The car must be a shambles. Then he got gas and drove away without paying, then he abandoned our car, hailed a taxi, drove 40 kilometers, held up the driver and ran away. It’s like a TV show. And who are they going to hold responsible? Ellie I’m sick.”

At that moment the phone rang. David rushed to answer. “Thank God it’s the police. You’re calling to tell us you caught that rotten no-goodnik….you didn’t? You’re going to arrest me? For leaving the keys in the car?”

The phone slid out of David’s hand as his body slumped to the ground. He had fainted. Ellie ran to the phone. She called a doctor. And then she called a lawyer.

The next thing David knew he was in court.

David pleaded his heart out. “Your honor, I left my car for only a minute. I could see it from my workplace. The police are crazy. I’m the victim and they’re laying charges against me. I didn’t rob. I didn’t steal . I didn’t commit hit-and-run. What do the police want from my life?”

The prosecutor was tough. He wouldn’t budge. “Look, your Honor, we’ve got a job to do. There’s a newly enacted city by-law which makes it an offence to leave the keys in a car. David’s case shows just why the by-law was necessary. This whole incident could have been avoided if David had not left the car running and unattended. Our citizens have to learn to be responsible.”

Should David be found guilty? You! Be The Judge. Then see below for the court’s decision.

Are you dealing with a legal issue in Sherwood Park, Edmonton, or surrounding cities such as Leduc or Beaumont?

The lawyers at Ahlstrom Wright are ready to provide the legal guidance you need.

“Suspended sentence,” intoned the judge. “Yes, it’s true David was guilty of violating the city by-law. But laws have to be applied with humanity. I am sympathetic to David’s suffering and how it all happened in a split second.”

“David does not have to pay the fine.”