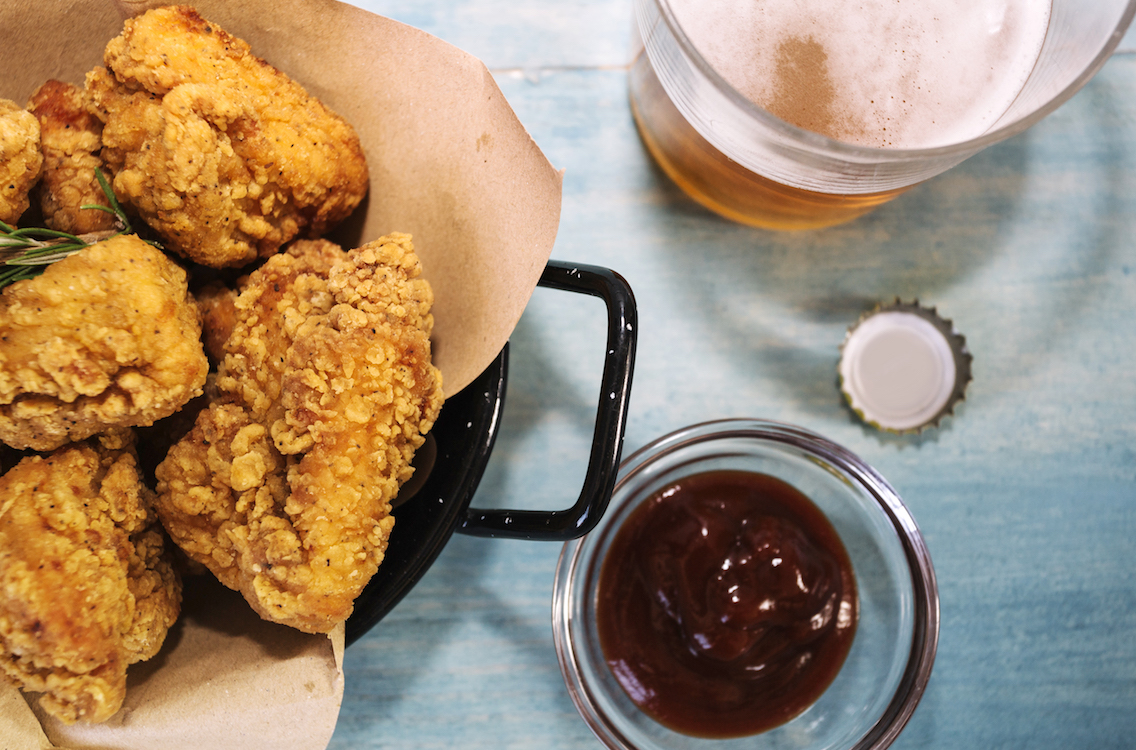 “Oh Angela, what a view of the mountains! This condo is perfect for you!”

Stacie laughed. “My friend the vegetarian! It looks like a harmless café.”

As they entered the restaurant, Angela’s face brightened. “They serve health food. That can’t be too bad.”

The owner was reassuring. “No cooking here – strictly sandwiches. Have a tofu on rye, on the house.”

Angela bit into her sandwich. “Mmmm…I think I’ll be doing a lot of eating here…so close to my new home!”

Stacie cheered. “And I’ll come by daily to visit the view…and you too of course!”

Two months later, Angela was relaxing on the deck with Stacie. “This is the life. Great neighborhood, fabulous view, and the gentle smell of mint tea in the air.”

Angela jumped. “What’s that racket?” Stacie looked over the balcony.“They’re installing some huge contraption right under your deck.”

Angela called down to the workers. “What’s going on?”

“We’re installing a fan for the restaurant’s fryers,” answered a worker.

Angela ran to the restaurant in a fury. “You said no cooking! Wait a minute…who are you?”

“I took over the lease,” said the new owner. “Do you want a coupon for free chicken wings?”

A week later, Angela brought Stacie out onto the deck. “Smell this…”

“It’s disgusting. I can no longer enjoy my deck.”

Stacie followed Angela inside. “At least you get the view through the window. Wait…” she sniffed the air. “AUGHH! It smells here too! And I can hear the horrid fan!”

Angela grabbed the phone and called the owner of the commercial part of the building. “I can’t live with chicken wings!”

“Sorry. I gave permission for that fan in the new restaurant’s lease.”

Angela slammed down the phone. “I’m selling this place.”

Angela sold her condo for less than she’d paid for it two months before. She sued the owner to cover the loss.

Do you run a business, or own or lease commercial real estate? Or plan to?

Ahlstrom Wright’s lawyers can provide useful and practical direction to the complex matters involved in any commercial enterprise. If you are buying, selling or financing your business, or dealing with a thorny problem that came out of left field, we can help.

Contact Ahlstrom Wright for more information. We have offices in Sherwood Park, AB and Yellowknife, NWT.

“Your Honour,” Angela explained, “the building owner allowed the restaurant to install a fan right below my deck, knowing it would seriously affect me. Make him pay me for the money I’ve lost.”

The owner was incredulous. “Angela chose to live above a restaurant. How can she complain about the noise and the smell from the fan.”

Should Angela get damages? You! Be The Judge. Then look below for the court’s decision.

“Pay up, owner,” held Judge Gabrielle. “Angela was a city dweller on a major commercial street and couldn’t expect absolute peace and quiet. But the overpowering greasy smells and the noise from the fan severely affected Angela’s enjoyment of her property.”