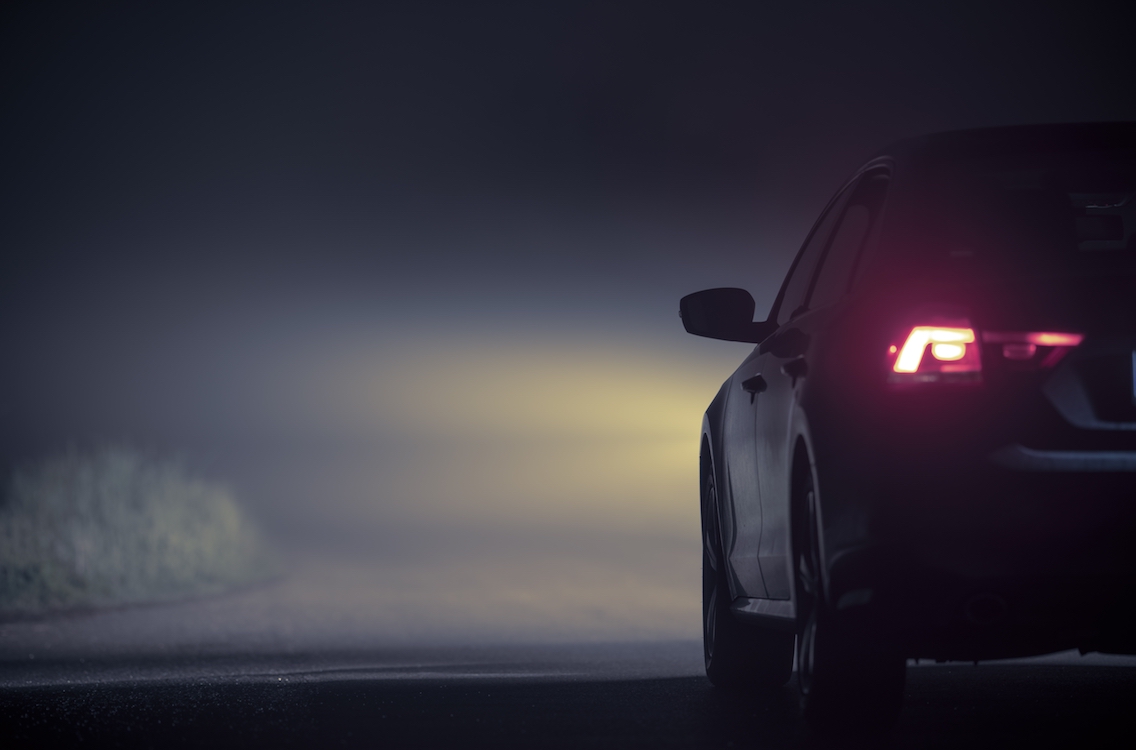 “Darling, it was such a wonderful 30th anniversary celebration. Dinner at our favorite restaurant on the edge of the bay. The moon shining. The orchestra playing. I could have danced all night.”

Natasha cuddled close to her husband. They were driving to their home on the other side of the bay. Suddenly Natasha sat up straight. “Stanford, are we lost? I don’t recognize this street. It’s not the one we usually take to the bridge.”

“Not to worry. I missed the turn because I was still thinking about our glorious evening. You’re right, this is not the usual turn. But I remember this road. It leads to another bridge. That bridge will take us home as well.”

Stanford slowly steered the car on to the steel-girder bridge. “Look, Natasha, I never noticed it before. There’s another bridge parallel to this one. In fact it’s almost touching ours. It’s amazing I can see it, considering that the bridge is not lit.”

Suddenly there was a thump. The car had hit something on the bridge. Stanford got out. “Drat. I hope the car isn’t damaged.”

Natasha looked out through the window. “Be careful, darling. We’re very close to the edge.”

“Don’t worry, Natasha. I’m going to hold on to the railing I see on the right-hand side.”

Stanford reached out for the railing and disappeared from sight with a horrible scream. He had plunged to his death.

There was no railing. The railing he thought he had seen belonged to the other bridge. Stanford had slipped through the gap between the two bridges.

“Your honor, my husband is dead because of negligence. The government was negligent in the design and construction of the adjacent bridge. At night, it caused the illusion that the bridge we were on had a railing. It didn’t. My poor husband could see the railing, but not the gap between the bridges. He fell to his death. They should have had a railing on both bridges. Make them pay.”

The provincial government argued, “Your honor, we have not been negligent. Stanford is the sole cause of his own death. The bridge was not designed for pedestrian traffic. It is for cars only. Don’t make us pay.”

Was the provincial government negligent? You! Be The Judge. Then look below for the decision.

Are you in need of a lawyer or legal advice?
Ahlstrom Wright is a full-service law firm that offers legal guidance in all areas of law (except for criminal law).

“Justice demands that you pay, provincial government,” ruled the judge. “The adjacent bridge did create the illusion at night that the bridge extended to the railing. The provincial government has a duty to potential users of the bridge to take reasonable care in the design. Although the bridge was for cars only, it should not have been unforeseen that accidents would occur that would cause vehicle occupants to become pedestrians. A railing should have been built on the bridge Stanford was on.”