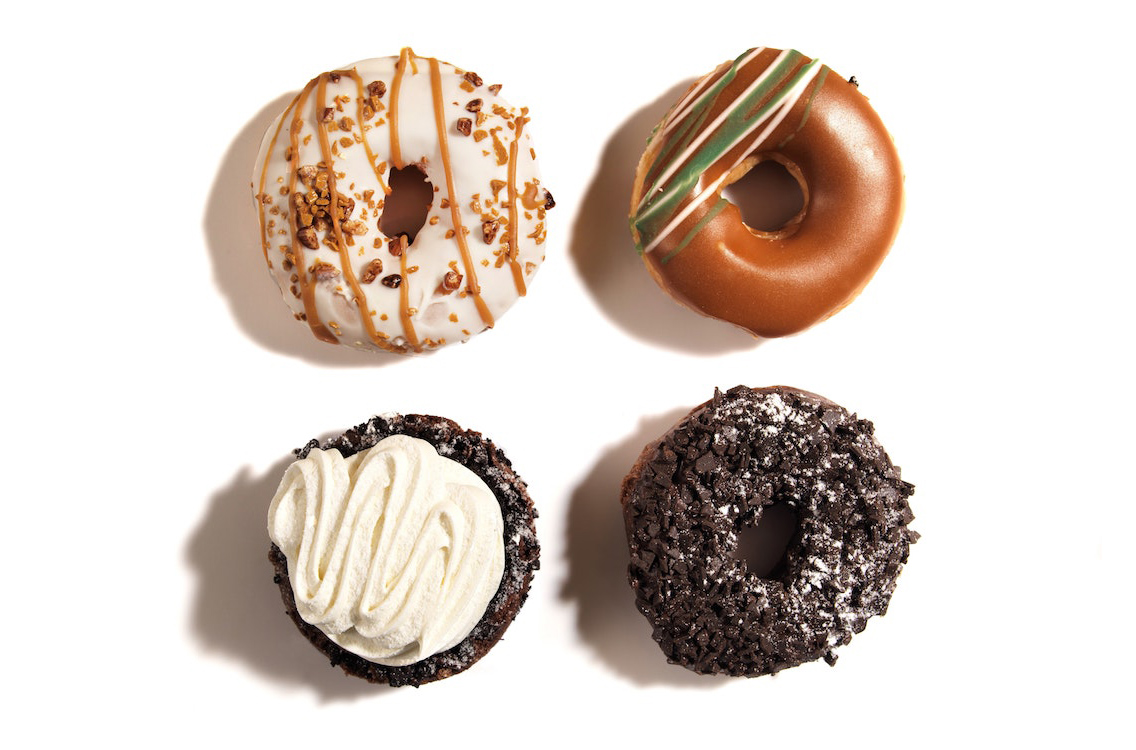 Rachel squirted whipped cream onto the chocolate doughnut. “I’ll never get out of debt with this lousy job!”

“Stop complaining and make the doughnuts,” barked her fellow workers.

Rachel went outside for a cigarette break.

“Psst!” a woman called out from behind the dumpster. “Heard you needed some cash.”

“With all your complaining, it’s hard to miss,” the woman said. “I have a proposition. I’m with drug enforcement. We’re trying to nail some dealers.”

“But what can I do?” Rachel put out her cigarette.

“This doughnut factory is a hotbed of drug activity. We need someone on the inside to hook us up. I’ll give you half my cut.” The offer was too good to refuse.

“What are we – butlers?! Go to the soda machine yourself!”

“We’re not butlers OR drug dealers!”

“I just know they have a source,” Rachel thought. She asked again. “I’ve got a keen buyer.”

“But we just want to finish school,” Tad said.

After the fourteenth request, Tad relented. “Okay, already!” Gino elbowed his buddy. “You wanna get us locked up? And we don’t know any coke suppliers!”

“Rachel’s desperate,” Tad explained. “And I think our friend Mark is into this stuff.”

Mark was indeed a coke supplier.

But the boys got cold feet. Rachel handed them the phone. “My buyer, Biff, wants to talk to you.”

Biff was actually an undercover detective. “I want that coke. NOW!”

Terrified, the boys agreed to the exchange. They handed over the cocaine at an abandoned warehouse. Biff gave them $25,000.

The cops stormed in. “You’re under arrest, boys!”

“Detective?! This was a setup!” Gino was outraged.

The boys were sweating. “Rachel trapped us! We got the drugs just to help her out and because she kept asking. We’ve never been in trouble before.”

The prosecutor was cold. “Only real drug dealers have access to that much coke. Don’t let these criminals go!”

Are the boys guilty? You! Be The Judge. Then look below for the court’s decision.

“Not guilty!” held the Judge. “This was entrapment by overzealous undercover agents. Rachel suggested the crime and then nagged incessantly. The boys got the drugs to please her, and because they were terrified of Biff. They’ve never been involved in drug dealing and they weren’t going to profit from the deal.”