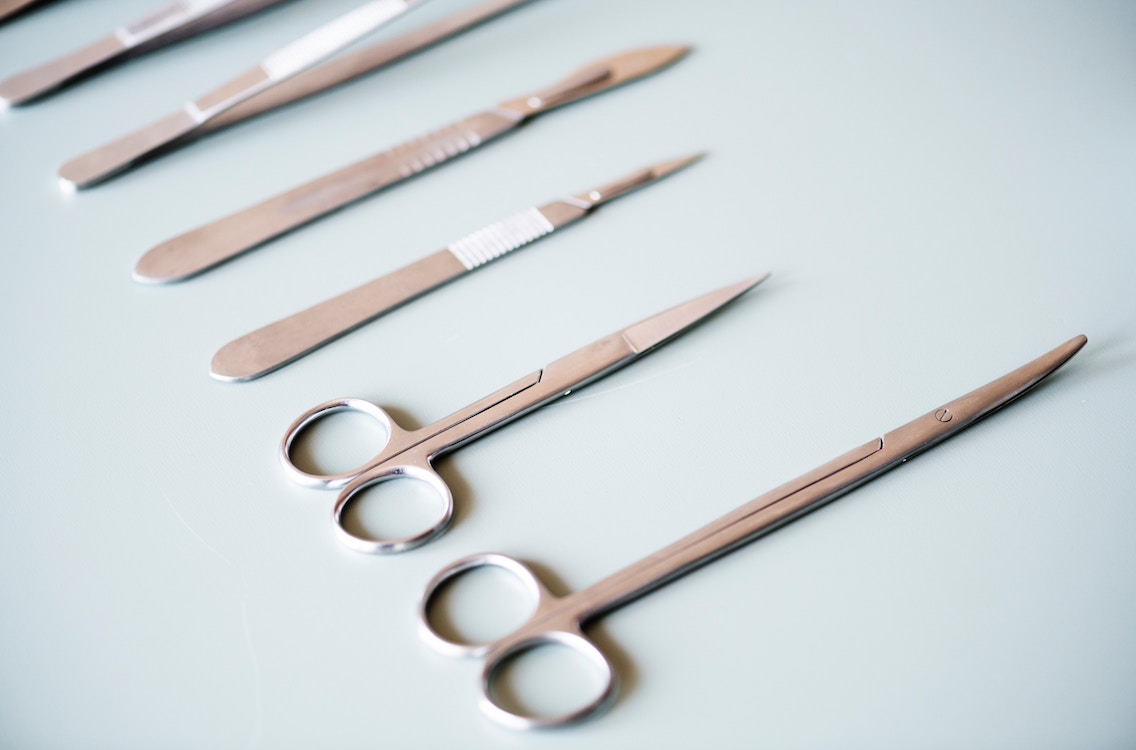 “Look at her new face! She’s unrecognizable! Isn’t that fantastic?”

“Actually, it’s hard to tell what emotion she’s feeling, but who cares? She looks great!” Dorothy and Vanessa cheered as they watched “Makeover Madness” on television.

After the show, they both sighed in despair. “I hate my body.”

“Let’s go shopping!” they both cheered.

Vanessa tried on a summer dress at their favourite boutique. “I’m disgusting,” Vanessa cried out from the dressing room.

“But you’re a size 4!” Dorothy responded.

Dorothy raved. “You’re nuts. I’d kill for those legs.” She cursed her own fat thighs.

Vanessa pointed to her flat chest. “But look at this! I’m like an 11 year old boy.”

“I have a better idea. Implants.”

“Why should the women on television have all the fun?”

A month later, Dorothy was ecstatic. “You did it, Vanessa! A beautiful new bosom. That surgeon did a great job. You’re perfect now. I hate you!”

Vanessa shook her head sadly. “I hate me too.”

“Why? Did you discover a crooked toe?”

“No, it’s my new breasts. They’re sort of misshapen. But there’s this procedure…” Vanessa started to explain.

Dorothy was worried. “Remember that woman on television who had 27 procedures and now looks like an alien?”

“This is different. It’s a topical procedure that gives fullness and better shape to the bosom. No worries.”

After 3 sessions at Spa Gorgeous, Vanessa was encouraged. “A few more treatments and they’ll be perfect,” Vanessa said.

Vanessa went for her 4th appointment. “Where’s Helga? She normally treats me.”

It was too late. Vanessa’s breasts were badly scarred from the burns.

Were you injured and now have permanent scarring?
Ahlstrom Wright’s Personal Injury lawyers serve the communities of Alberta and the Northwest Territories.

Vanessa was in tears. “My bosom was scorched beyond recognition. The first three treatments were fine. So it must be because of the incompetent employee, Joanne.”

Spa Gorgeous argued back. “Joanne wasn’t actually authorized to perform the procedure. She wasn’t acting in the course of what we hired her to do. She’s the one responsible, not us!”

Is Spa Gorgeous responsible? You! Be The Judge. Then look below for the decision.

“Pay Vanessa damages,” held the Judge. “You’re responsible for what the employees do at work. No precautions were taken to prevent this terrible incident. How did Joanne end up doing an unauthorized treatment? Where was the supervisor? Where were the controls?”