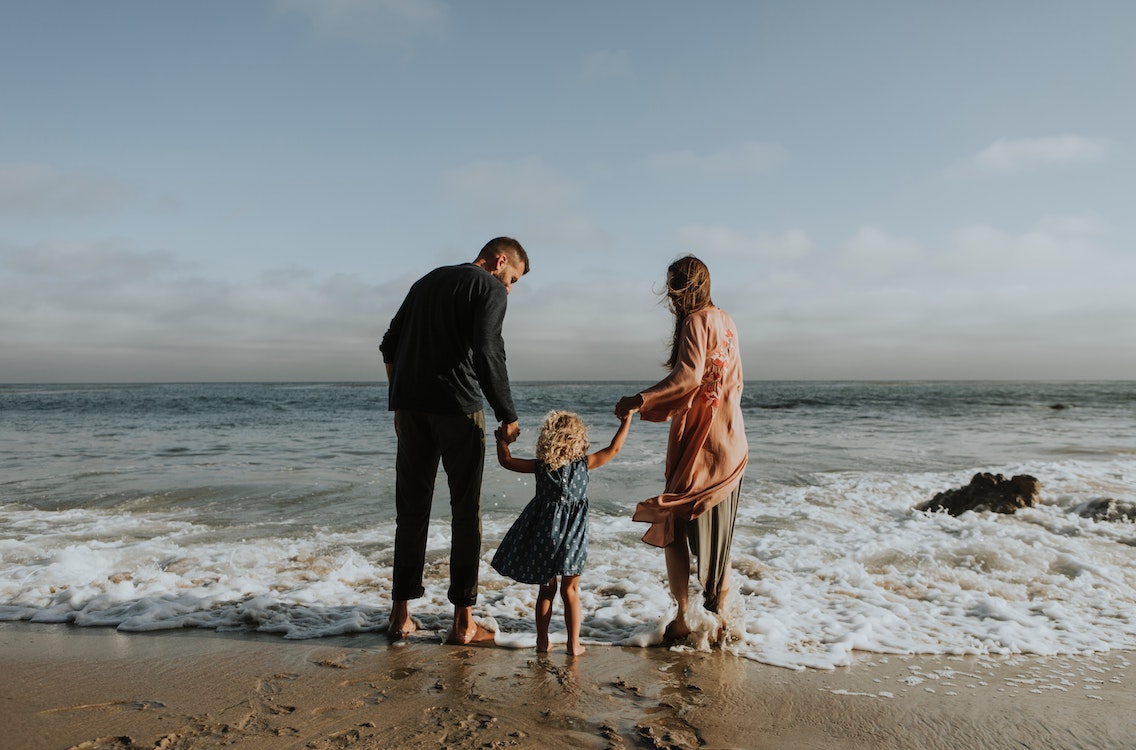 “Hurry Daddy! Grandma and Grandpa are lighting the candles.”

Nine year old Evelyn dragged Michael to the dining room. The table was full of gifts, Evelyn’s drawings, and a chocolate cake with lots of candles. Waiting for him with loving grins were his parents, his baby daughter and his wife Rachel.

“Thank you” Michael said. “You’re the most wonderful family in the world. Especially my precious daughters.” He hugged the children.

Rachel watched her husband with admiration and sadness. “What a beautiful man” she thought. “Ever since I came into this marriage four years ago with my little Evelyn, he’s treated her like his very own daughter. So much love to give to her.” She sighed. “Too bad there was nothing left for me.” They had discussed it the night before. The marriage was over.

Michael continued to visit the children for three years after the separation. Then Rachel remarried and moved away. Suddenly, Michael refused to support Evelyn.

Rachel tried pleading with him one afternoon during a typical anger-filled phone call.

“What kind of a monster are you? You raise Evelyn as your own for years and then suddenly you don’t want to see her? Just to avoid paying support? That’s disgusting.”

Michael was cold in his response. “My relationship with Evelyn is over. She’s not my real daughter. I will not support her.” Michael’s words pierced Rachel’s heart.

Minutes later, Rachel still had the phone in her hand, the dial tone numbing her senses. Twelve year old Evelyn bounded through the door with her daily questions.

“Did he call? Is he going to come see me?” Evelyn searched her mother’s face for some good news. There was none. Evelyn trembled.

Rachel wrapped her arms around Evelyn.

“I dread the thought of going to court,” Rachel thought to herself as she comforted her sobbing daughter, “but maybe it’s the only way to bring Michael back into Evelyn’s life.” Rachel sued Michael for support for Evelyn.

“Your honor” Rachel argued, “Michael treated Evelyn as his own child during our marriage. He shared all the parental responsibilities with me, all activities, money, schooling, discipline. He included Evelyn in all of his family and company events. Even after we separated, he continued to visit both children together. He became her father in every way. Make him pay child support.”

Michael fought back. “It’s true, your honor, I did share the responsibilities of parenting with Rachel. But that was just based on convenience. I was merely being courteous to the child for Rachel’s benefit. Evelyn’s not my real daughter so it’s my right to end the relationship. I owe her nothing.”

Should Michael pay child support? You! Be The Judge. Then see below for the court’s decision.

Do you require legal advice or assistance with matters of Family Law?

Jeff Johnson is one of Ahlstrom Wright’s Family Lawyers. He has experience in all areas of Family Law.

Contact Ahlstrom Wright for more information about your case and other areas of Family Law.

“Pay up Michael,” said the court. “You clearly decided to treat Evelyn as your very own daughter. The sharing of parental responsibilities was more than a question of convenience. You became her parent in every way. You can’t just walk away now.”